If you may recall, I was working on a N64 in a GameCube: viewtopic.php?f=26&t=964 - that project has been abandoned for now, as I think a portable N64 to play would be much cooler

I haven't done much, I already had the mainboard trimmed from over half a year ago (so I'd forgot where everything goes or if I need to reconnect anything from one side of the board to the other).

Anyhow, 2 months ago marshallh told me he had a 64drive in a PCB form factor if I was interested - which doesn't fit in a regular N64 cart slot, and needs to be soldered in. Basically, it was made from parts from faulty 64drives during manufacturing/etc that he was able to salvage. I bought it and it sat for a good month and a half, but finally got around to soldering it in last night to my trimmed mainboard (it sits on the back of the n64 mainboard - yes it's insulated underneath): 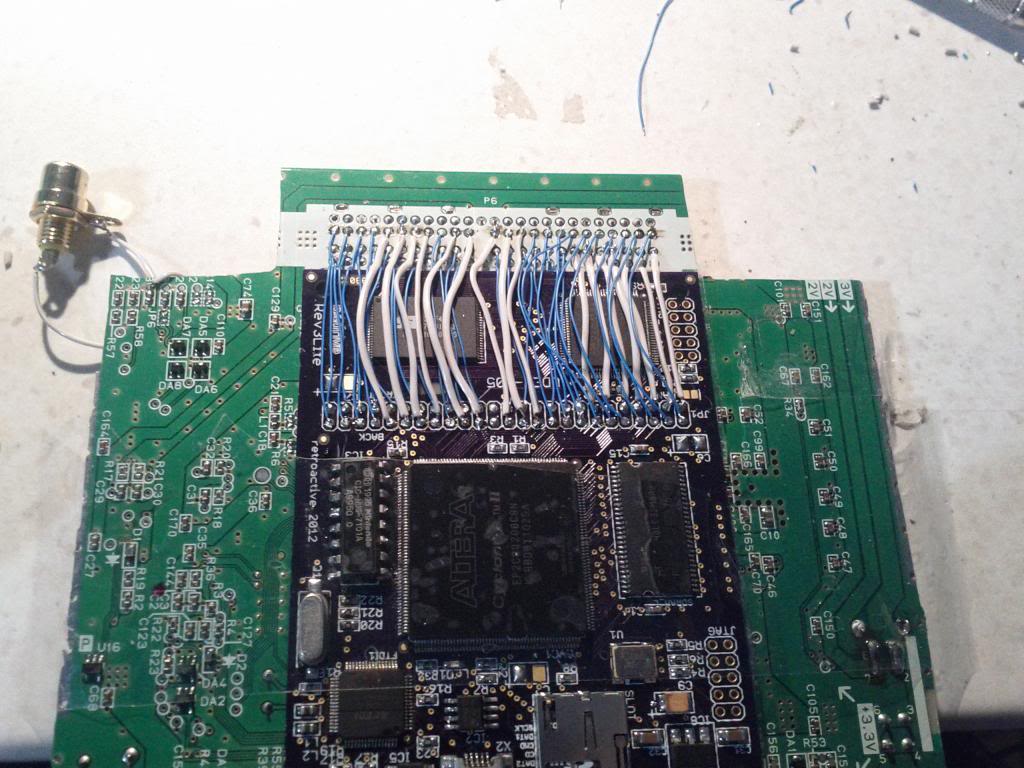 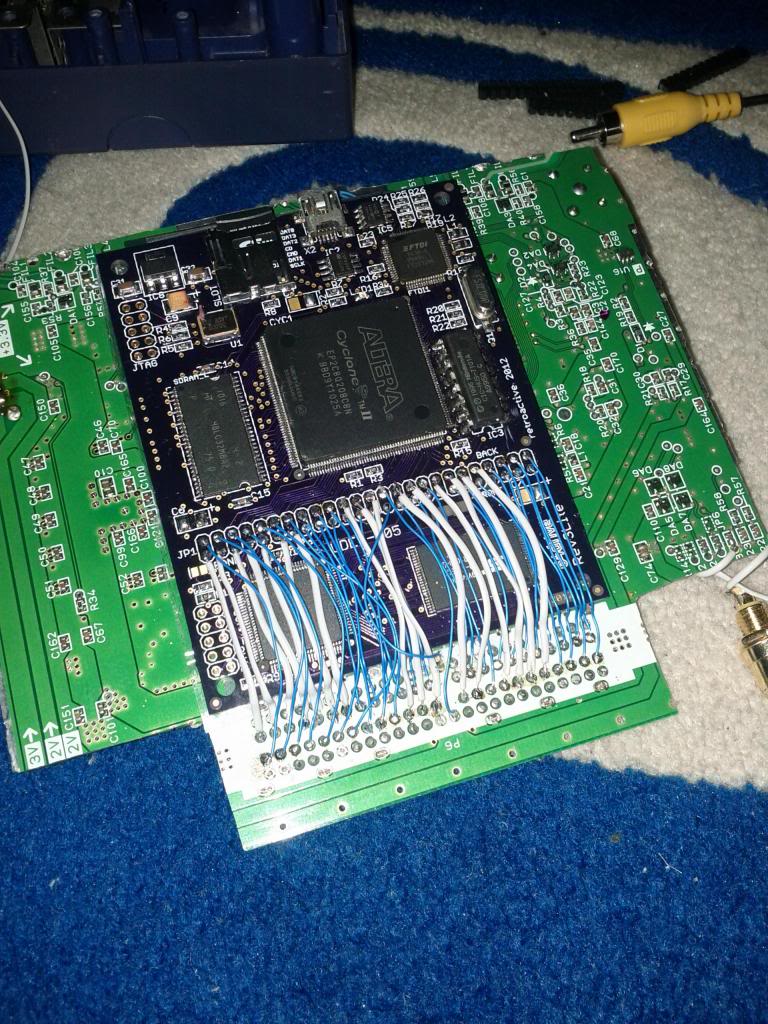 At the moment the cart is alive and so is the N64 as the LED on the 64drive is quite informative, but I'm not getting video output yet. Marshall mentioned I may need to reconnect the 12V from one side of the board to the other (as you can see I've cut it around the cart slot). Can someone confirm? I'll take a look tonight/when I can if not.

Also, if one of you portable experts could suggest a parts list for a power supply/battery setup, I'd be more than happy to listen as I want this to get battery powered, and if possible, with a power LED to warn me when the batteries are low. I'm thinking of running the power off a regular GameCube power supply and the GC power board, which is what I've hooked up now, but if something else is easier/better, I'm all ears

I would like to do something like this except I have an Xperia Play. So it would be a bit of a waste of money. 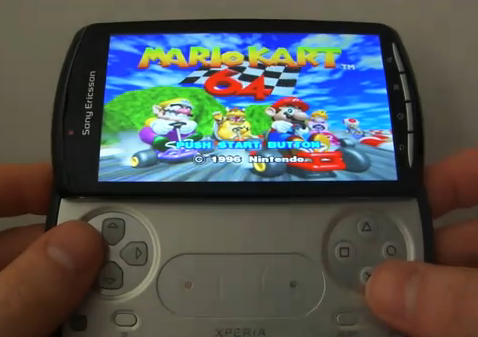 thanks guys, I'm thinking of a simpler case once I find that URL which had some nice rounded edge rectangular cases

emu_kidid wrote:thanks guys, I'm thinking of a simpler case once I find that URL which had some nice rounded edge rectangular cases

you should make your own case out of fiberglass.

just use a Xbox controller and cut it apart down the middle with a dremel tool.
then bond the edges together.

similar to this design i just made. 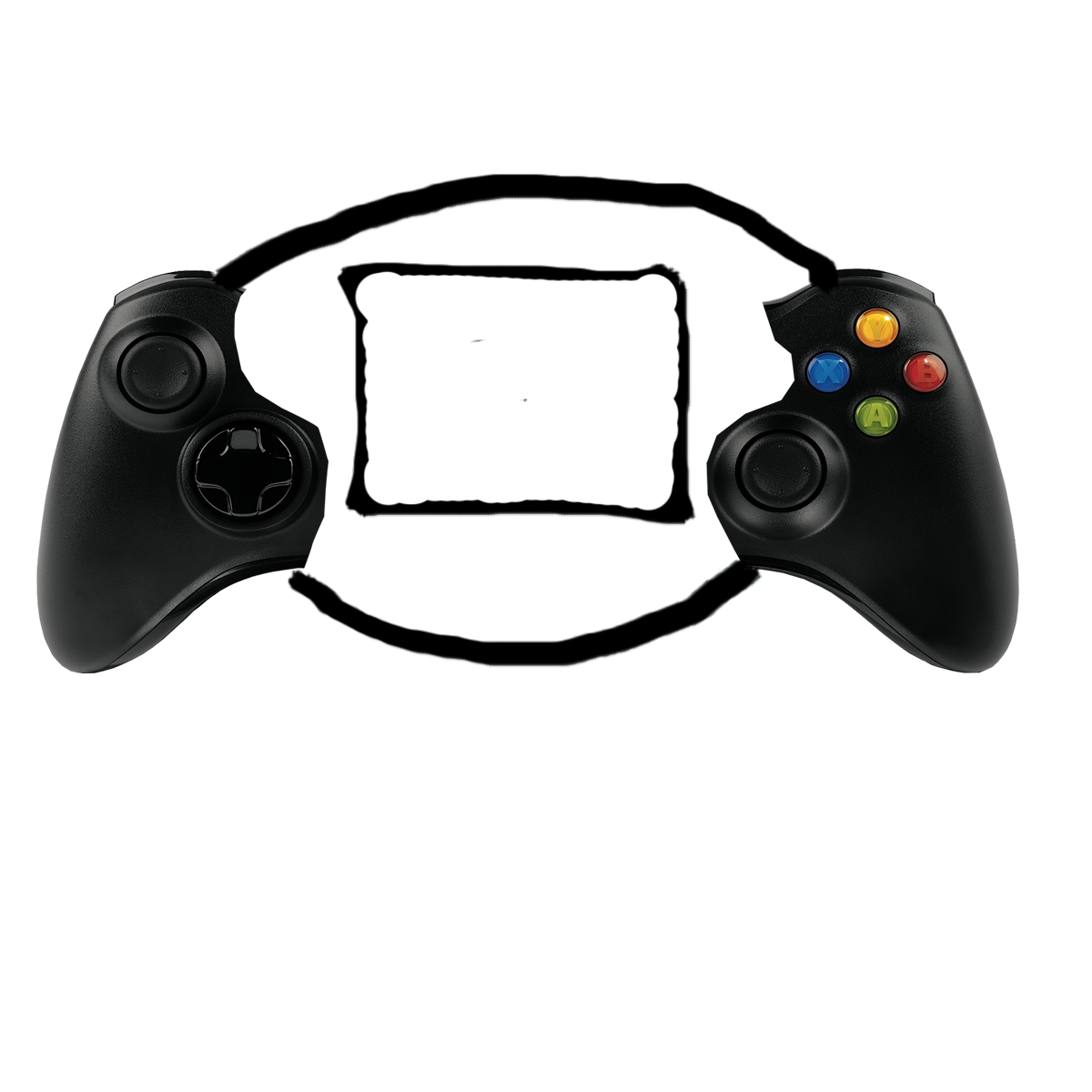 nice, but I'm not that great with things like that so I prefer the (mostly) ready made stuff

I plan on adding buttons/pcb from a GameCube controller as I'm going to be using one of those raphnet GC to N64 adapters to use the GC pad on a N64 - purely cause I have more parts for GC stuff lying around..

That looks awesome so far Emu. Those 64 Drive portable editions are lovely, I almost bought one when Marshall posted over on Modretro that he had a few more available, but passed on it so someone else could get it for now. I know I'm going to kick myself later for it. :/

Anyway, you should check out maybe polycase or some other prefab case maker, and maybe have someone CNC everything out for you. Downing from over at MBB does some damn nice CNC stuff:

He can pretty much do whatever you specify.

Or, if you're feeling crafty you could use a WiiU controller case.

their last case in the catalog looks nice, I'll have to check measurements. heh I'm not feeling THAT crafty, I bet you are

I do remember also that Marshall had plans to put a N64 in one of the original fatty xbox controllers, I bet that would be comfy. I'll try to find a link.

that looks pretty nice, I've made an inquiry about one of those cases, we'll see what they say

Ashen wrote:I do remember also that Marshall had plans to put a N64 in one of the original fatty xbox controllers, I bet that would be comfy. I'll try to find a link.

I could make it right now actually.

I have all the materials needed AND the xbox controller.

the only thing I don't have is an LCD housing and screen.

ignore the message on the screen, I fail at formatting my SD :p 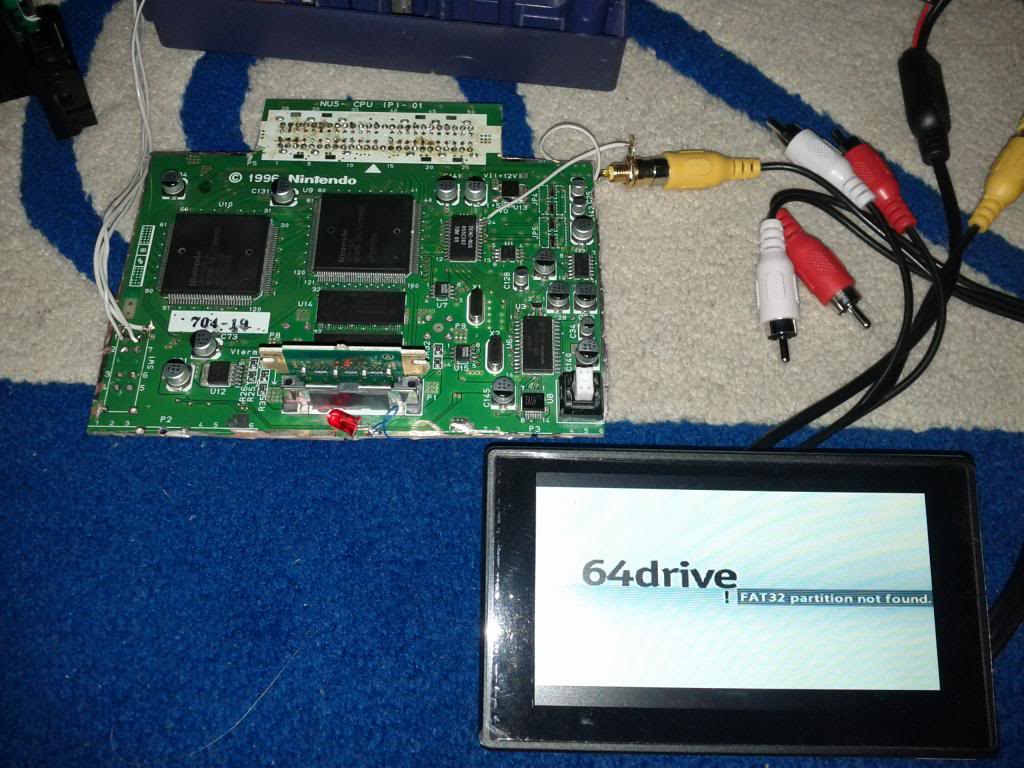 Formatting an SD is harder than trimming the whole N64 MB, ain't it ?

Lookin good Emu, just need some thin heatsinks and a case to put it in now.