I am relatively new to this whole portable scene and would appreciate some input. I have my portable up and running however I am having a problem with recharging the batteries. Charger works fine since it also provides dc power to the unit. Batteries do work when charged. I have a pcb board set up and would like some input since my batteries will not charge. Thanks!

Battery layout.png
(5.3 KiB) Not downloaded yet

I'm going to say your wired up wrong. I'll be able to help later when I get home. Unless someone else chimes in, I will be back in a couple hours. 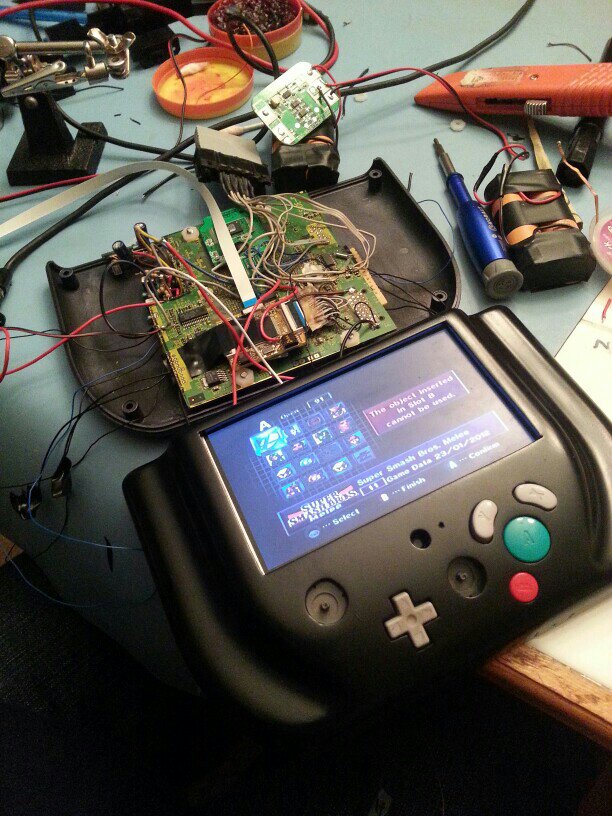 See in the back my battery pack and PCB?
I would suggest taking a look at that and notice how I have them grouped. Try doing simmering like similar.
Last edited by Duhasst0 on Thu Mar 26, 2015 5:21 am, edited 1 time in total.
Top

If the batteries are connected in series end to end

then to charge them you only need to supply the power to 3+ and 6- providing -1 and +4
are linked together, what I suspect you've done is

Correct I am running them in series and parallel so your second diagram is how they are connected. I feel like according to the pcb that I have wired them correctly. It is hard to see in the picture that Duhasst0 has provided and I am using 3 sets of 2 batteries run in parallel, where he is using 2. I'm at a loss... Im including a picture of the packaging to make sure i am even able to run these sets in parallel. And maybe I have to knock down to just 3 batteries in series. I just want to be careful so my batteries dont explode and burn down my house haha.

Also is there a chance that it could be my adapter not putting out enough energy to the batteries? Like i said I am kind of a newb when it comes to the electrical part of this.
Top

Correct me if i'm wrong but I don't think it's a good idea to connect them in parallel,
because unless the both sets of the 3 batteries match 100% voltage,
4.5v x2 they'll be fighting eachover to supply the current in the right direction, say 4.4v vs 4.5v
this might only apply to AC though.
Top

Hopefully they match voltages since they all came out of the same laptop battery. They are standard 18650 batteries and from what I understand running them in parallel wont cause an issue I could be wrong though. I would like to keep this as cost efficient as possible and saying as how I have spare laptop batteries laying around they seemed like they would be sufficient enough. Another poster stated that it is possible to run them in parallel to extend battery life so I believe it should be okay.

Streetwalker wrote:The Cube is rated for 39W max, so about three hours on full load.

Which isn't half bad either

Also, you could also wire two batteries in parallel to double the capacity. that'd be six hours ^^
Although could be expensive.

Although I believe they were using a 12v battery and attempting to run in parallel to double. Another thread proved a little helpful, but I will have to look at when I have more time.

I have found posts stating that in some canon battery packs they use 18650 batteries and they should work fine, however they would be running 4 batteries (2 battery packs) in series to get 14.8v from them. Here is another link, since I am trying to get 11.1v im looking at the pcb here and it is different than the one I am using...

Although just found this

Ashen wrote:Those cells are intended for single cell use only:


These fully protected cells simplify usage with their integrated PCB. Perfect for your single cell application these cells are not for pack building as doing so will defeat the PCB protection which is matched to the correct voltage on a single cell. If you are building a pack please choose one of our other cells and the appropriate PCB.

Hopefully you can cancel the order and order the proper cell/protection/charger combo still.

If you plan on building a custom regulator you can get most of the parts free as samples from TI.com

Hopefully I wont have the same issue, however like I said they came out of a laptop battery and I haven't even taken them apart. I would assume they are safe to use.
I am also assuming since I removed the original pcb from the laptop battery case that I would need to replace it with another... the ones I am using above.
Top

So basically what you need to do is split then into separate packs, so 3 packs of 2 cells. Then pack 1 positive goes to the B+ then the negative from pack 1 and positive of pack 3 to B1... So on and so forth.

Anyone have anything to add or contradict go for it.
Top

Brilliant! But wiring them to the system would still need to be the same correct? or would they be wired from the P- and P+?
Edit: Or will the B+ and B- be used for the power?
Top

Also, insulating the batteries will allow you to stack them the way you want, like in the picture you posted.

Any other questions? Just asking cause why not right?
Top

Sounds ok to me, basically just connecting all the - and + points together to create the two power rails
which also allows you to charge each battery independantly..
Top

http://www.all-battery.com/protectionci ... 32007.aspx
Its amazing what can be accomplished when you read the instructions... I had all the terminals connected to the batteries and apparently I didnt need one. Charge testing now.
Top

And it works, thanks all for the advice much appreciated!
Top