First time poster here. I am trying to repair/convert to component a D-Terminal cable that had been modded to RGB (I think) however am having trouble getting it to work. As much as I search online all the information on the topic seems to direct me to threads here and since I couldn't find exactly the same situation I thought I would simply ask myself.

First let me start with the current situation I find myself in, after removing the RGB scart portion of the cable and exposing the bare wires I wired in a temporary test set of jacks (reusing some RCA ones just in case that is important) messy I know: 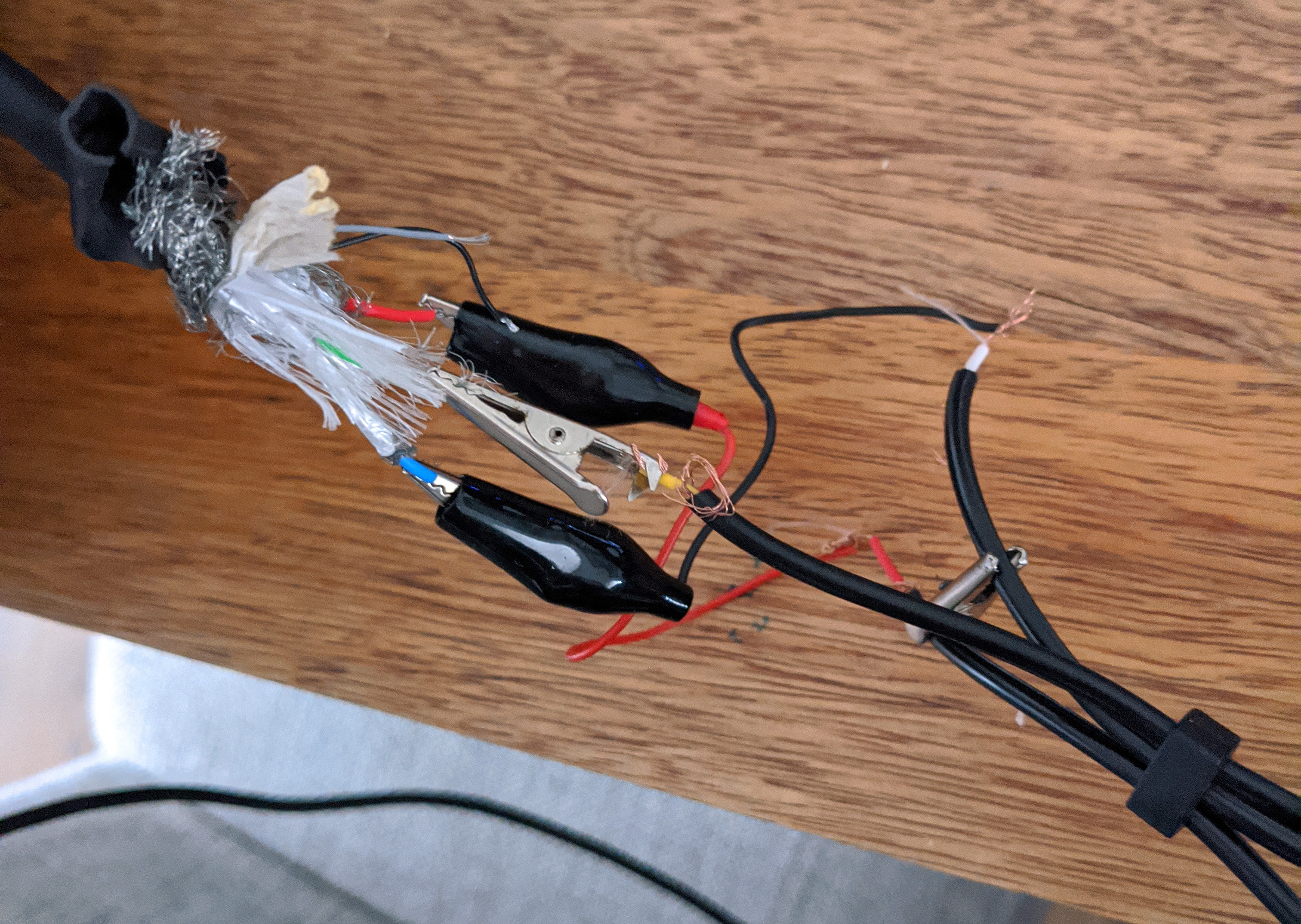 Then I removed a capacitor that had been soldered on one of the pins as I saw some (other threads) indicate was required: 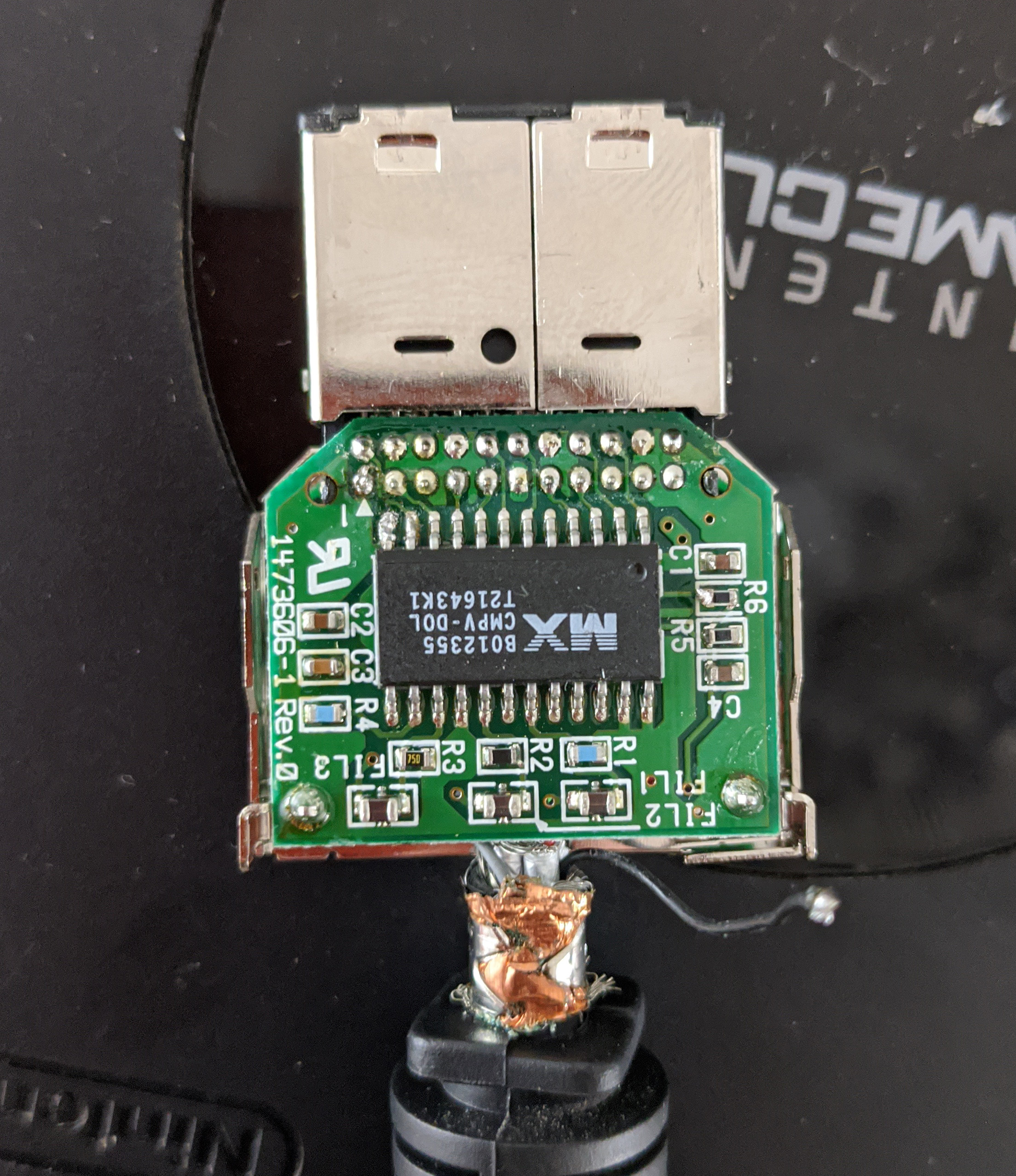 However unlike the other threads my cable had a black wire soldered onto the board which I removed but it doesn't seem to have made a difference to my problem: 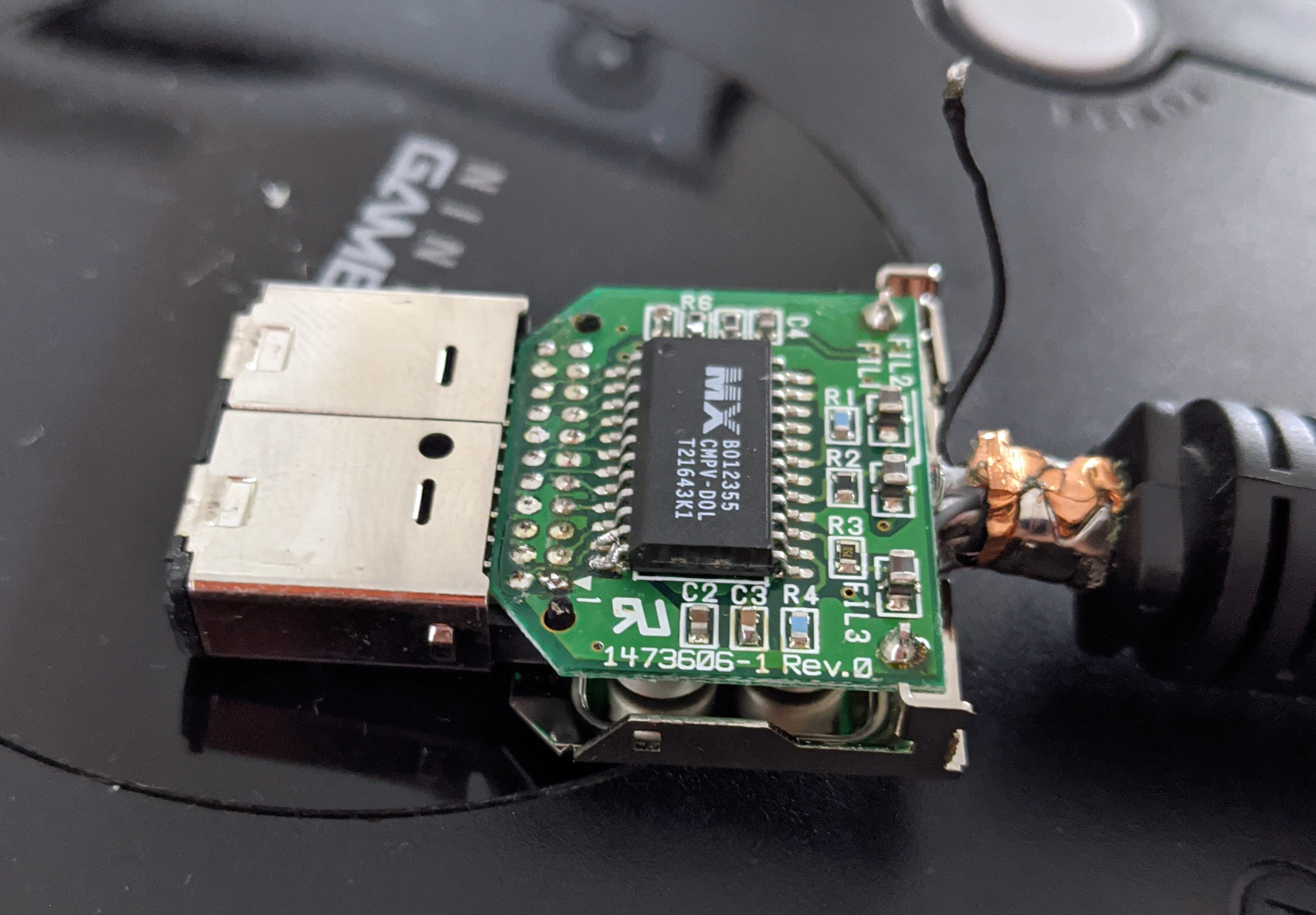 Which is that the cable displays a green distorted picture like so: 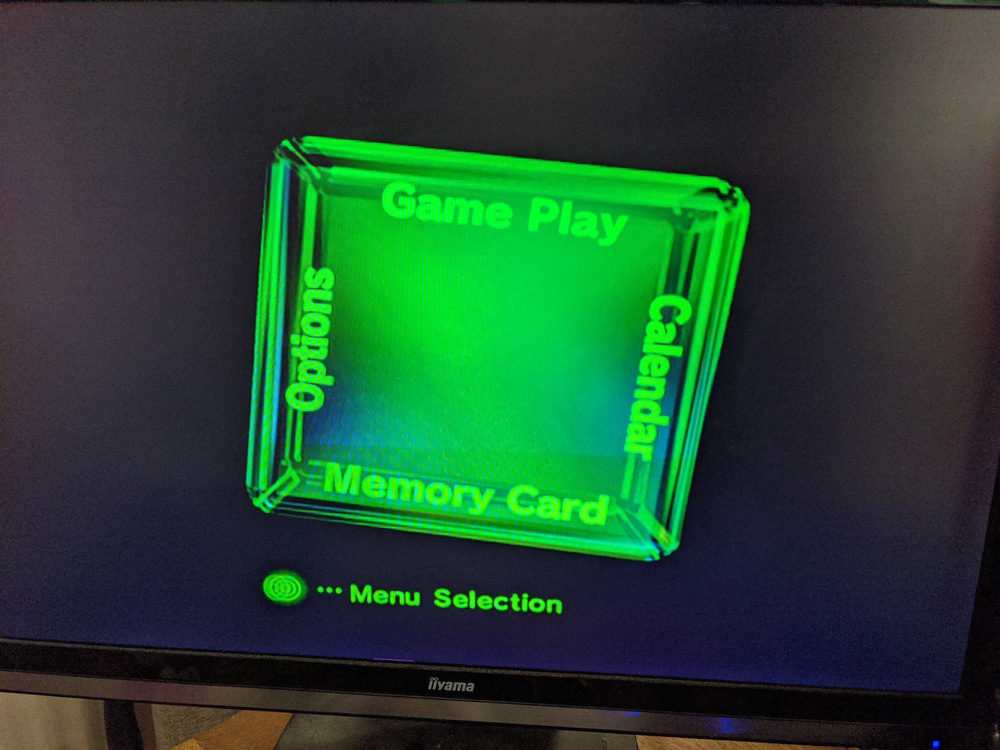 I have tried both an NTSC and PAL GC through the cable with the same results, also I am connected to a monitor via HDMI via an OSSC.

I guess my question is, is there anything obvious that I am missing? Could I have just messed up the cable somehow? I have tried reseating the connections on the temporary cable end with no effect. I have also tried working out where the black wire should go although reading other threads here it sounds like this, along with the grey and white are not needed?

Any help anyone would be able to offer would be most sincerely appreciated.
Top
Post Reply
1 post • Page 1 of 1