Good question, I've also seen them range from € 10 to € 20, even though they both looked like equal shit in the box...
So I'd go for the cheaper version actually.

And I'd like to add to that: isn't it possible to get 720p if for instance your console is set to NTSC?
I know the regular PAL Xbox didn't support progressive, but if you'd set it to NTSC, one could go to 480/720p, or even higher through XBMC IIRC.
So could the image on the Wii possibly be 'upscaled' higher than the regular 480p?
SoR S-Mod
Top

No. Not even if you buy the "Wii2HDMI" or whatever it's called, because the Wii itself can only go up to 480p making higher resolutions impossible. Take the SNES multitap for example. Yes, it allows games to have up to 5 players, but the problem with that is that most SNES games are for 1 or 2 players.
Who would win in a fight between you and yo mama?
Top

Thank you, emu_kidid. But what about VC and WiiWare games? Do those look better as well?
Who would win in a fight between you and yo mama?
Top 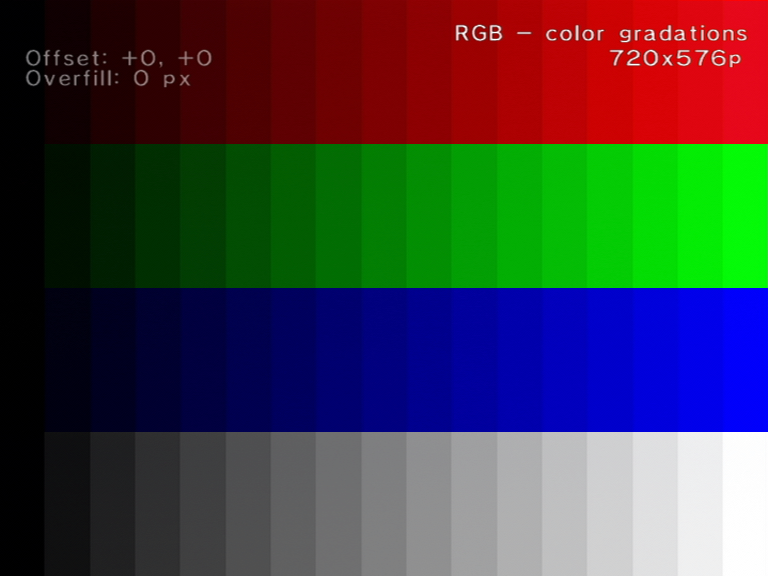 I'm highly doubtful that Nintendo would program in an option that would crash the VC and WiiWare games, if that's what you were trying to convey. They're not Microsoft.
Who would win in a fight between you and yo mama?
Top

I hope he is trying to say: 576p in RGB, a hundred extra lines of visual splendor. Which apps does Microsoft crash for you?

Everything at some point. And I was making a remark about Microsoft's decision to release the 360 before it was complete. Microsoft decided to start selling their console almost a year before the competition, and as a result, early 360s were riddled with bugs. It was Sonic 06 in console form.
Who would win in a fight between you and yo mama?
Top

I played GC games on my Wii with a cheap component cable ($5), original games as well as backups with Swiss and SD Gecko. All of them at 480p. And yes, I can notice a big diference on my LCD Panasonic Viera 42 Full HD.

The Wii hardware is used to run GameCube games, and there's nothing special about the GameCube video and audio signals that would require a special cable for 480p video. You can use the Wii component cable with GameCube games just fine.

Most WiiWare games support progressive scan, just like most Wii games do. Notorious exceptions are Mega Man 9 and Mega Man 10. Damn you, Capcom!

The Virtual Console is a different story. I can't find any definite information on this, but from what I know many N64 games, particularly first-party and second-party ones, support 480p video. Older consoles only support interlaced and sometimes may not even work with a component cable. It's even worse if you're in PALland, where everything is 50Hz and interlaced except for a select few Hanabi Festival games.
Hardware: Wii (PAL)
Hardware configuration: System Menu 4.1E, Priiloader
Swiss boot method: Modified Wii Swiss Booter provided by Extrems
Software medium: Retail discs
Top

Some words of wisdom: don't be like me; don't buy component cables from eBay for 99¢. They suck and they actually make everything look worse than the regular 480i cables that the Wii comes with. Instead, buy more expensive component cables from an actual store. I did, and now my games look fantastic!
Who would win in a fight between you and yo mama?
Top
Post Reply
14 posts • Page 1 of 1