Story Goes that you are Super John West in Africa among the Massai Tribe, when one warrior takes a disliking to your blue shorts. He poisons you with a blow dart in the night, and when you wake you are drained of protein and the only way to live is to take the spears which you had been working on and head for the River.

The Aim of the game is to simply catch fish with spears to avoid death by lack of protein. Catch Bears for a Bonus
This is a Shochwave Flash File .SWF Packed into a .rar

Known Bugs:
Reset sometimes Broken or resets without letting you move curser (Reload game)
Sometimes fishing net starts already out and looping. but game is otherwise not effected.(Click to throw another net and it goes)
On the menu sometimes the buttons need clicking again as they didnt change anything.
Spear may split into multiple fish on impact (Use to your advantage) 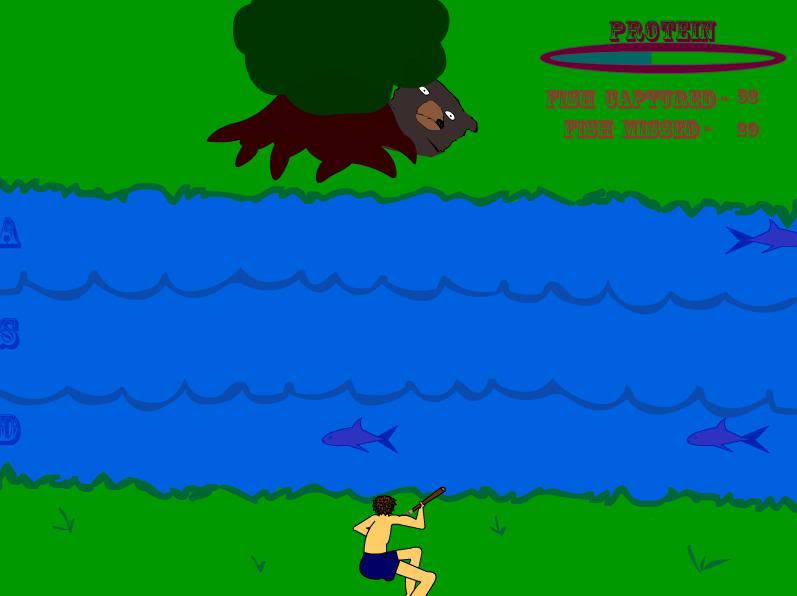 Well I had fun.
Top

Yeah I'm sorry at first I did not understand that I have to throw spears I just clicked to the fish and died a few seconds later. But now after I understand the game it's not really better.
Top

Wow... How uncalled for.
Top

Hehe, quite fun. Also played some space game from your link, wasted some time with both games.

"The only thing more dangerous than a hardware guru with a code patch is a programmer with a soldering iron."
Top

Hehe, of everyone who I have shown my game to, that would be the only criticism.
So maybe its not the best flash game and far from being complete but, concidering its the first time I have done any kind of script or animation...

...I earned a distinction grade at National Diploma for this, and had alot of fun creating it which is what matters.