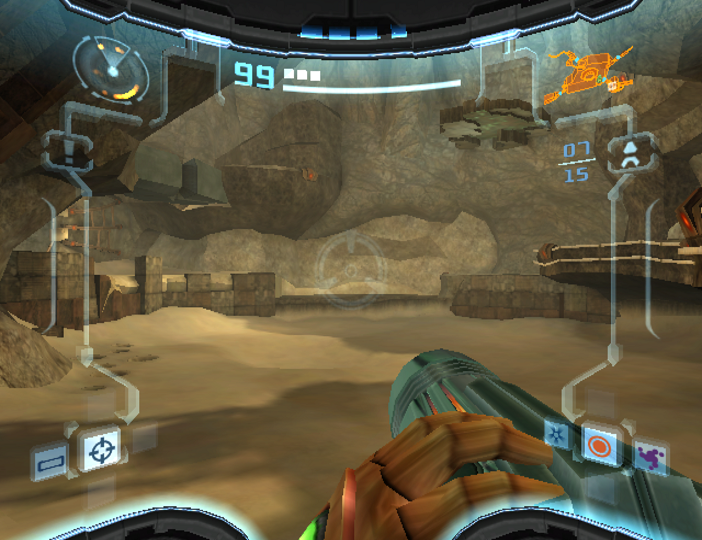 My partner Dybbles and I made a mod for Metroid Prime 2: Echoes that removes the beam ammo system from the game, and gives Samus unlimited beam ammo. We call the mod "Unlimited Beams Authorized," but we want to be straightforward in this forum, so you can just consider it an "Ammoless" mod.

If you recall, one of the common complaints with Metroid Prime 2 was that it had a needless "ammo" system for Samus' beam weapons - something that stands out from the rest of the entries in the series. Whether your playthrough had ammo problems or not, we find that the system only really amounts to detracting from MP2's experience instead of adding to it. We want to emphasize that our experience with the game became much more enjoyable after our work - Torvus Bog was lusher, Dark Aether exploration was more relaxed, etc. MP2 is not my personal favorite entry in the Metroid series, but after playing our mod, I really came to appreciate the work and detail put into the environments and atmosphere that I wasn't able to enjoy because of its aforementioned beam ammo system.

Our process was that we found AR codes and injected them into the .dol, but we also used tools provided over at Metroid Construction (MetConst). The tools interface with Retro Studies games (Prime series, DKC:R). PWE is the Prime World Editor, PakTool interfaces with Retro's pak file format, we used some others as well. Ultimately, we wanted to make our mod inclusive to others who might be interested in either the Prime series or might be interested in just making some edits of their own. While it's not much, we included manual step-by-step instructions in our patcher utility, in case you wanted a better insight into the steps we took to do this (it's not exhaustive but it's a start).


A recap of what our mod does:

For GC and Wii

Time to completion of an error-free mod: 2 days
Time to a 1.0 release: 2 weeks (most of it was writing and testing the patcher utility)
1 week afterward: 150 combined downloads on RHDN and MetConst

It's not much, but for a game that doesn't really have a modding scene, we humbly present an entry of its own.

Thank you for reading.
Top

Thank you so much for this! I haven't fully experienced this game, even though I beat MP1 a few times, and I'm hyped to eventually do a full playthrough with this mod enabled